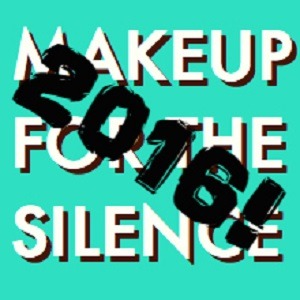 So I’m a liar. It’s not the first time and it won’t be the last. Between some job-related scrambling and a three-day-long headache that ended with a CAT scan and a few many fistfuls of Advil/Tylenol/HeavierStuff, I didn’t manage to get this thing online before the new year swung around.

The good news is, three days in, this year is basically the same as the last, so you can still listen to this. It’s cool. I promise.

I know 2016 was supposedly an annus horribilis – and we did lose many more musical icons (not to be confused with Mandy Moore, Musical Icon) in a single revolution than we ever should* – but honestly, if 2016 had ended on November 7th, I think we’d all be talking about the year just past in much different terms. And while I’m pretty dubious that 2017 will be anything but a disaster for our most vulnerable and an introduction to vulnerability for a whole bunch more of us (who hadn’t considered we’d be there, perhaps ever, in our lifetimes), the truth is 2016 itself was actually a pretty good year – personally, and I think collectively. So while next year’s mixtape might just be a track-list etched by a thousand bent fingernails on the walls of the work camp, this year’s mix pretty fairly reflects what was, by and large, a positive experience when lived from day to day.

The seventh** edition of my year-end mixtape arrives in much the same way last year’s did: with maybe six songs that were locks to make this list from the jump, and then a lot of rooting through the 300-odd tracks on my Top Tracks of 2016 playlist***. I’ve, as always, avoided any big pop hits – otherwise this years list might just be O.T. Genasis feat. Young Dolph on loop – but I’ve backed away from the tradition of keeping tracks from my Top Ten albums off of the list. Truth is, even when I wasn’t listening to those albums, it was certain tracks from those albums I kept coming back to, and this year’s mix would feel incomplete without them. They’re the anchor pieces.

If last year’s mix trended darker, this year’s feels a little brighter, a little more hopeful. It’s not all wide-eyed; if anything, this year’s selections are a little more introspective than the last. But even its denser moments generally offer something to dream on.

It’s also the first mix I’ve made where every track is available on Spotify****. That’s probably largely reflective of my listening habits – Spotify’s ease of use, and of playlist compilation, led me to spending less time on SoundCloud and the like, because even once you find something good, it’s frankly a pain to grab music from elsewhere and then sync it to Spotify, especially when I often go weeks without touching my MacBook. I do 90% of my personal computing on my mobile now. The medium is the message, or something. (The message, however, is rarely on Medium.)

Enough of the rambles; on with the show.

I’ll be back tomorrow with some more thoughts on the Year In Music and my personal listening habits, and then we’ll get into the business of counting down. I’m not sure I’ll go in quite as deep as I typically do this time around (that aforementioned work stuff, again), but I’m not ruling it out either.

**You can always find the complete collection of mixes which have appeared on Makeup For The Silence, as well as all the playlists I’ve contributed to elsewhere, right over here.

****…for now. Of course, tracks on Spotify come and go on the wind and the whim, so I still strongly recommending downloading. That said, you can stream it here.